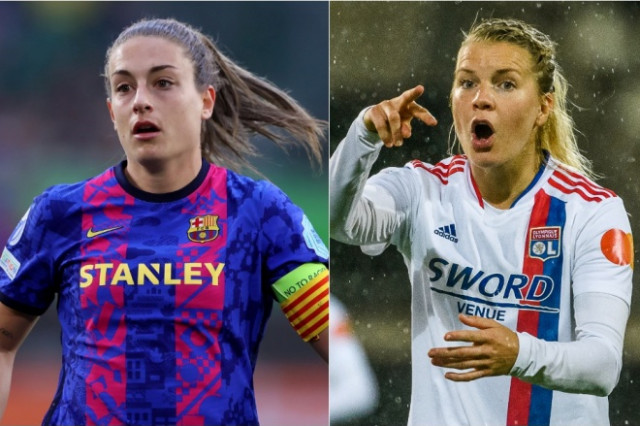 The reigning champions versus the all-time winners. On Saturday, Barcelona will take on Lyon in the 2022 UEFA Women's Champions League final, and if the crowd sizes at some of these games are any indicator, expect it to be a sold-out affair in Turin at Juventus's Allianz Stadium. For the Blaugranes, they will be not only hoping to successfully defend their crown, but also make it an unprecedented Quadruple in club history. So far, Jonatan Giraldez's team have won the league, sweeping aside all competition to complete the entire 30 game series sans defeat, as well as the Spanish Super Cup.

Barcelona will face another clash against Real Madrid later this month, as the two sides renew acquaintances in the Copa de la Reina semi-finals just four days after the conclusion of the Champions League final. All in all, the current Champions League holders have lost just twice all season. The most recent was a 2-0 reversal to Wolfsburg, but it was a rather academic result considering that Barcelona had cruised to a 5-1 win in front of a sold-out Camp Nou during the first leg. Prior to that, Barcelona had absolutely crushed Real Madrid 8-3 on aggregate; so far, they have beaten them in all four of their meetings this season, making the semi-finals meeting of the Copa de la Reina even more interesting.

And the second? Well, one would have to go all the way back to pre-season, when they were defeated 3-2 by Lyon during the 2021 Women's International Champions Cup. It is pretty safe to say that although that was 9 months ago, Barcelona certainly will have added incentive to beat Lyon on Saturday evening.

Meanwhile, Sonia Bompastor's squad are still very much involved in domestic affairs, as there are plenty of games to be played to close out the season. At the moment, Les Fenottes sit in first place, with a five point lead over PSG, so are looking pretty good to win at least one title at the end of this campaign.

Unlike Barcelona, who have mostly cruised through their Champions League campaign, Lyon have had a few bumps here and there. They were nearly flawless during the group stages, save for a loss to Bayern Munich, and during the quarter-finals, Bompastor's team needed to battle their way back from a 2-1 loss to Juventus in the first leg, but were ultimately able to fight to secure a 4-3 aggregate win. Lyon had to really dig deep to defeat bitter rivals PSG over two legs, but ultimately triumphed after a pair of 3-2 and 2-1 victories.

Now in the Champions League final for the tenth time, Lyon are aiming to win their first title since 2020, but a very determined Barcelona side stand in their way. Will Barcelona successfully defend their European crown, or will Lyon make it an eighth victory in this competition?

Barcelona: Both Lieke Martens and Mariona Caldentey, could be involved in some capacity on Saturday, with the former making her return from injury last weekend as Barcelona defeated Atletico Madrid, while the latter has been involved in Barcelona's last few matches.

Lyon: Lyon will have to make do without Dzsenifer Marozsan, with the German international still on the sidelines as she battles her way back from injury.

Live elsewhere? Here's where you can catch Barcelona vs Lyon live from your current location: