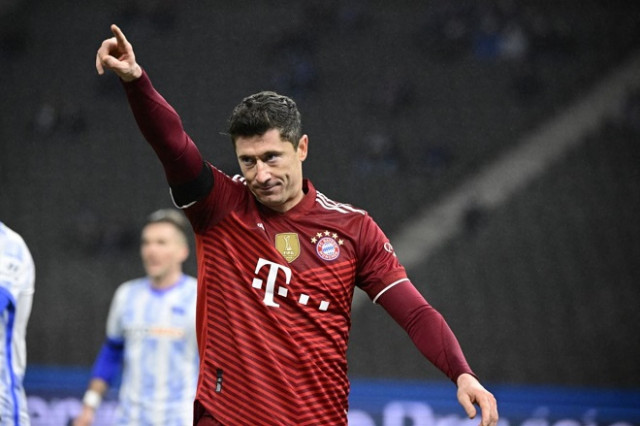 The recent winner of the FIFA The Best trophy, Robert Lewandowski, is one of the players that will see the end of his current contract when the 2022-23 season comes to a close. Being one of the most consistent footballers in the world, th fact that his deal with Bayern is set to end has sparked speculation about his future, but one of Bayern's top executives and legends has stepped up to clarify his situation for the next months.

Former goalkeeper and UEFA Champions League winner with the Bavarian side admitted that while negotiations have not been as fast as expected, the team has already plotted a couple of scenarios to keep the player around, but it will be up to the striker to decide the kind of deal he wants to sign.

"Robert Lewandowski is a phenomenon, not only for his goals but also because of his consistency over the years. There is nothing to think about, obviously we want Robert to stay with us," the team exec stated.

According to Kahn, Lewandowski will still be able to come up with the kind of numbers he has put up in recent years despite he will be 35 by the time his current deal with the club expires.

"I can see him scoring 25 or 30 goals per season. For us, having him around is like a life insurance for his style of play, which is why we are interested in keeping him around for a long time," Kahn added.

Reports coming in from Germany have revealed that Bayern have offered two different scenarios for Lewandowski to sign an extension. The first one would see him extend his deal for one more season and keeping the same wages. The other one, which seems to be Kahn's desire, would require Lewandowski to take a pay cut from his current wage to keep him around until 2025.

Be that as it may, it seems that teams such as Chelsea, Manchester City, or even Real Madrid will have to look away from the possibility of signing the Polish ace, as Bayern are keen on keeping him around for at least three more seasons.