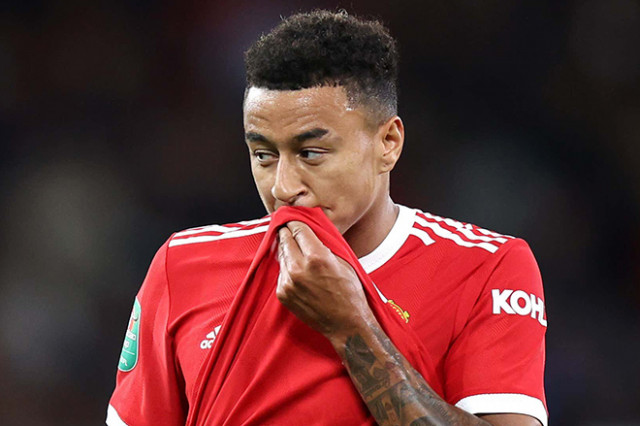 Several Man United players are said to be unhappy this term, one of them being Jesse Lingard. The reason for this is obvious: after enjoying a stellar loan at West Ham last season, the Englishman returned to Old Trafford but has been left on the bench for most of the campaign.

And with the 2022 FIFA World Cup set to kick off in 10 months, and with his current deal at the Theatre of Dreams expiring this summer, the midfielder has a decision to make regarding his future. Will he officially end his time with the Red Devils in search of pastures new or will the Man Utd youth product complete a U-turn and commit to the Premier League giants?

According to the recent rumors, the earlier seems to be destined. In fact, interim boss Ralf Rangnick all but confirmed his inevitable departure via the popular social media app TikTok.

Yes, you read that right. The account @phezthered posted a video of a Red Devils fan that crossed paths with the German boss while signing autographs outside the stadium. The person in the clip asked for an update on the 29-year-old, begging for Lingard to stay while arguing that the player has Man United in his blood.

Unfortunately, Rangnick was the bearer of bad news, with the former RB Leipzig tactician saying after completing the autograph "he will leave in the summer".

Several Premier League clubs are keen on taking Lingard off Man United's shoulders this month. This includes West Ham, where he enjoyed that brilliant loan spell, and Tottenham, but both clubs were rejected as they are in direct competition with the 20-time English top-flight champions for a top-four spot.

Newcastle looked to be the favorites to land the Englishman, with the Magpies keen on strengthening their squad in a bid to avoid relegation. Both Rangnick and the club had given this move the green light after having conversations with the player; however, it is now in danger of collapsing.

According to the Daily Mail, Man Utd want the Saudi-owned club to take on his complete wages, to pay a loan fee, and to fork out a "substantial bonus" if they manage to avoid the drop. As a result, the loan offer could cost Newcastle over $20M, a figure they are hesitant to pay despite being recently bought by wealthy owners.