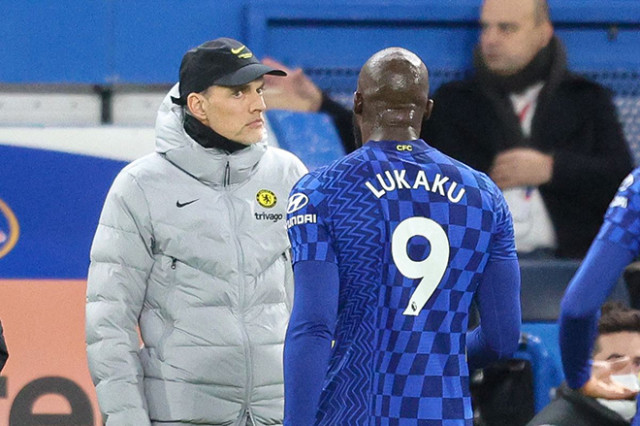 Romelu Lukaku's struggles at Chelsea since securing his mega-money return to England over the summer are well-documented. However, according to a recent report on the club, the Belgian ace is said to be merely one of several attackers unhappy with life at Stamford Bridge under the current head coach.

The former Inter Milan ace infamously did an interview with Sky Italia a while back in which he opened up about his issues with Thomas Tuchel's tactics. Initially, he was dropped from the squad altogether as punishment, and while the drama was quickly resolved, the damage was done as the player hinted at an overall sense of unhappiness in London.

And according to the Athletic, he is not alone. In fact, the well-regarded news outlet claim that many other Chelsea attackers are dissatisfied with life under the German boss and are considering leaving London as a result.

A number of issues were revealed, one being Tuchel's animated reactions to even the slightest of errors on the pitch. The former PSG boss isn't afraid to exhibit his frustration from the touchline whenever a player makes a mistake, and this has not gone unnoticed in the dressing room. According to one source, this has discouraged the front men from taking risks in the final third out of fear of being humiliated publicly by the German.

One example was in Chelsea's recent loss to Man City. A few first-half errors from Lukaku and Ziyech during promising moments on the break, when the game was still tied at nil-nil, sparked visible anger from Tuchel, which was picked up by the cameras.

And that's not all. The mood among the Blues forwards isn't high and another factor in that is the 48-year-old's tinkerman approach, with the highly-regarded tactician constantly changing his attacking lineup from game to game. Thomas isn't the only top coach in world football guilty of this as Man City's Pep Guardiola practices something similar, with the Spaniard also switching personnel quite frequently to match the demands of each game, be it down to tactics or intensity.

However, it is at Stamford Bridge, not the Etihad Stadium, where the attackers are struggling for chemistry and consistency. A great example is the Werner-Havertz situation. Despite costing a combined £124M, the German pair have started together only once this season and that was back in December in the win over Leeds.

Then there are certain men who are publicly not in Tuchel's good books. For example, Hudson-Odoi and Pulisic are attackers, yet neither is favored by the head coach in the final third. As a result, both have been used frequently as wingbacks and despite this not being their natural position, they have not been spared from harsh criticism from the boss.

However, one argument in favor of the former Dortmund gaffer is that it is normal for players to be unhappy at a top club, especially a star-studded one where only the best are afforded playing time. Additionally, Thomas has so far delivered nothing but success with his management style. He celebrated his first full year in charge on Wednesday and has led Chelsea to a UEFA Champions League title, an FA Cup runners-up finish, a top-four finish, and a Carabao Cup final spot – which he will contest in late February – in his first 12 months at the club.