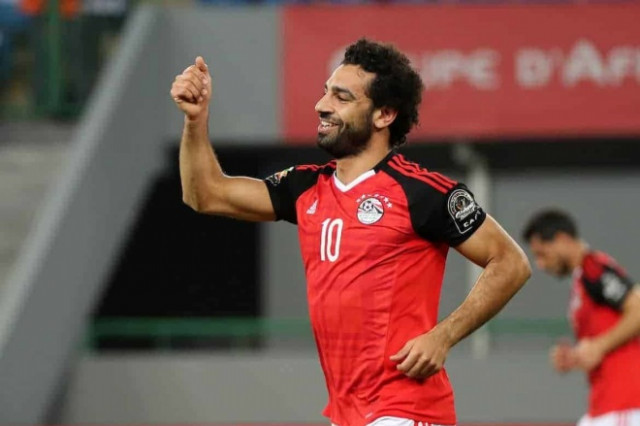 With six teams already into the 2021 AFCON quarter-finals, just two more slots remain. There will be four teams - Egypt, Ivory Coast, Mali, and Equatorial Guinea - all battling for a chance to feature in the quarter-finals and perhaps beyond.

Here's all you need to know ahead of the last batch of round of 16 matches taking place on Wednesday.

Ivory Coast vs Egypt: Where to start? This is the type of game many AFCON fans would've loved to see in the final, but unfortunately, one of these African giants will be going home early. The two sides are the among most successful in AFCON history, with Les Éléphants making their 24th appearance while the Pharaohs are featuring at the AFCON for the 25th time. Between the two of them, they've won a whopping nine titles (two for the Ivory Coast, and seven for Egypt).

Both teams have naturally had to work quite hard to get to this juncture. The Ivory Coast will come into this contest having finished top of their quartet after picking up seven points. Arguably, their best showing was a 3-1 win over reigning champs Algeria to effectively dump the Desert Foxes out of the competition. Meanwhile, Egypt secured their spot in the round of 16 as group runners-up, finishing second behind Nigeria who won all three of their matches. The only blemish for the Pharaohs was a 1-0 loss to the Super Eagles on matchday one, and after a series of 1-0 wins over Guinea-Bissau and Sudan, they'll look to further improve as they aim to avoid bowing out early for the third straight tournament.

Mali vs Equatorial Guinea: While many eyes will be on the match featuring heavyweights Ivory Coast and Egypt, there's still one spot in the quarter-finals left, and it will be decided after the Mali and Equatorial Guinea clash. The Eagles are aiming to reach the quarter-finals for the third time, and the first time since their impressive run in 2013 in South Africa, which saw them finish third. Mali have been quite solid so far at AFCON 2021, finishing their group stage sans defeat and picking up seven points after winning two and drawing the other of their three group stage matches.

Equatorial Guinea's AFCON history may be still in its nascent stages, but the minnows have done quite well so far. This winter is their third appearance, and so far, they've made it to the quarter-finals in their prior two appearances. As hosts, they even finished in fourth spot in 2015, and after a slow start in which they lost to the Ivory Coast, they bounced back with back to back wins over Sierra Leone, and quite impressively, reigning champs Algeria to book their spot in the round of 16 as group runners-up.

Who's in and who's out

Here's a quick rundown of the personnel situation for Egypt, Ivory Coast, Mali, and Equatorial Guinea ahead of their matches at the 2021 AFCON tournament:

Egypt: The Pharaohs will have to make do without the services of Ahmed Fatouh and Akram Tawfik, with the latter being ruled out for the entire competition following an injury sustained during their matchday one clash against Nigeria.

Ivory Coast: Head coach Patrice Beaumelle will have a full-strength squad available ahead of his team's clash with Egypt.

Mali: Mali have been given a major boost with the return of striker Moussa Djenepo, who missed out on their last match due to a one-match ban.

Here's a quick collection of some stats and facts ahead of the latest round of 2021 AFCON matches:

Where to watch Ivory Coast, Egypt, Mali, and Equatorial Guinea live on January 26, 2022

Here's where you can continue to follow all the action from the 2021 AFCON tournament from your current location: