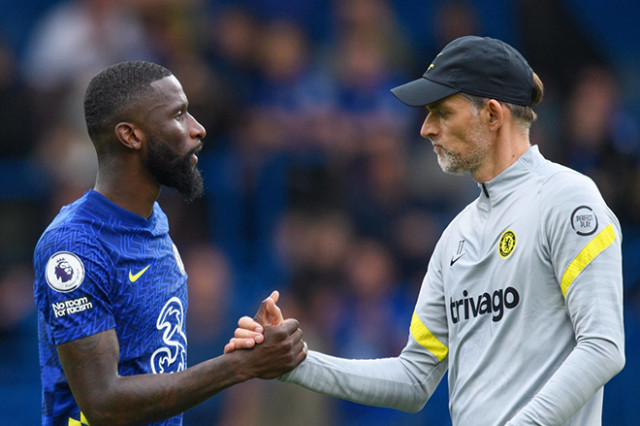 Chelsea might still be under sanction but the Premier League giants are working hard on signings nonetheless in the attempt to strengthen their squad in time for the 2022/23 season.

In fact, according to Goal, the London heavyweights have set the groundwork for their first signing under new owners Todd Boehly and Co. and to no one's surprise, the Blues look to make their first addition a central defender.

This is understandable as the FIFA Club World Cup holders are set to lose a host of defenders this summer. With Antonio Rudiger and Andreas Christensen being out of contract this summer and agreeing to join Real Madrid and Barcelona respectively, there is a need for center-backs at Stamford Bridge. Additionally, Azpilicueta and Alonso are also linked with exits while Thiago Silva's future is under doubt as well.

So who is the player Tuchel is keen on bringing in to bolster his defense? That man is none other than Jules Kounde, Sevilla's highly-rated center-back who has been one of the best defenders in La Liga this season.

The Frenchman is also said to be keen on a move to the English capital, having seen this transfer collapse last summer after talks broke down between his Spanish employers and Chelsea. Sevilla are also adamant on getting this sale done early on in the summer transfer window as they need the money to balance the books.

The Premier League's third-placed side have a verbal agreement in place with the 23-year-old and are waiting for Boehly's takeover to be approved, which would result in the sanctions being dropped, thus paving the way for them to complete this signing. Kounde, who is versatile and can also play in right-back, will likely cost the Blues $73M.

Barcelona are reportedly also interested in the Frenchman, meaning Chelsea will have to fend off interest in order to win this race. Nonetheless, the appeal of playing in the English top-flight might prove too hard to turn down.

Furthermore, Jules isn't the only signing Chelsea wish to make. However, while the assumption is that incoming owner Todd Boehly is expected to free funds for the club to spend, a lot rests on the players that will be sold and the loanees that will return to the Bridge. Conor Gallagher and Armando Broja are two key names in the latter category, with Tuchel revealing that he is excited to assess both starlets this pre-season.