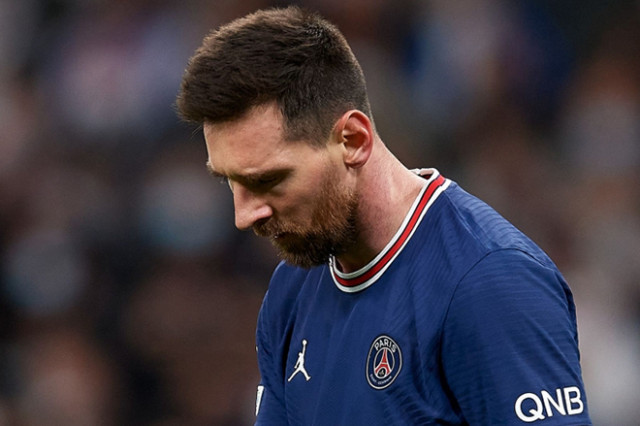 Despite having only joined PSG last summer, Lionel Messi's future has been subject to much speculation.

The player's agent and father Jorge recently hinted at a return to Barcelona, albeit not this summer. However, the latest rumors have been linking the Argentine superstar with a move to the MLS. It comes as little surprise, but that club is none other than Inter Miami, David Beckham's well-known North American side.

This is according to Alex Candal of DIRECTV Sports, claiming that the seven-time Ballon d'Or winner will team up with Beckham in 2023, when his current contract with PSG runs out. Additionally, the report adds that the South American icon would acquire 35% of the Inter Miami shares.

However, is there any truth in this claim? Le Perisien have challenged this story, with the French publication writing that a member of La Pulga's entourage has confirmed to them that the aforementioned report is a complete fabrication.

According to that entourage, Messi has made no decision in regards to his future and any discussions or run-ins with Beckham would have been due to the Englishman's role as an ambassador for the FIFA World Cup in Qatar.

"It is completely false," the source is quoted as saying (as per Argentine journalist Roy Nemer).

"Leo has not yet decided his future. And if Messi has crossed paths in recent hours with David Beckham it is only in the context of PSG's stay in Doha where the former England midfielder plays an ambassadorial role for the next World Cup in Qatar."

Nonetheless, this is not to say that there is no interest from the player or the Inter Miami owner in bringing the Argentine to Florida. The attacker is a huge admirer of the city and has confessed his desire to one day play in North America. Beckham, on the other hand, is keen on brining a world-class player to his young team and Leo would fit that bill perfectly.