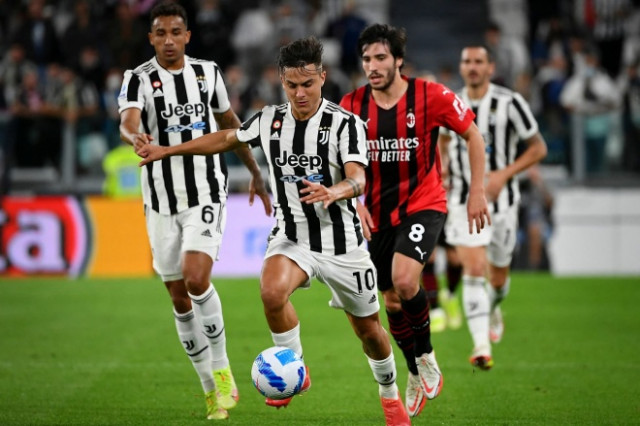 After a controversial 2-1 loss to Spezia, during which their opponents were helped by some poor refereeing decisions, Milan will certainly look to get back to winning ways as they welcome familiar foes Juventus. The Rossoneri presently sit in second spot, two points behind cross-town rivals Inter and will be really keen on ensuring that the Nerazzurri don't pull further ahead in the Scudetto race.

Meanwhile, Juventus have continued working their way up the table after a bad start, and currently find themselves in fifth spot. A win for Massimiliano Allegri's side would see La Vecchia Signora knock Atalanta out of fourth place and move Juventus one step closer towards securing Champions League football for the season. Juventus recently lost to Inter in the Supercoppa Italiana and will naturally hope that things will go a lot better for them in their return to the Stadio San Siro less than a fortnight later.

For Milan, they will be especially keen on picking up all three points, as they do face Inter at the start of next month in what should be a highly entertaining Derby della Madonnina contest. Stefano Pioli's side will also be keeping one eye on Napoli, who are lurking just two points back in third spot and haven't given up hope of clawing their way back to the top of the table.

As for Juventus, the Bianconeri seem to have finally hit their stride, picking up four wins from their last five matches. While the loss in the Supercoppa Italiana was certainly a setback, if Allegri can mastermind a win over his former side, it certainly would do wonders for a team who at this point, aren't looking like serious Scudetto contenders but at the very least are looking to feature in European club football's premier competition next season.

Milan: Both Simon Kjaer and Fikayo Tomori are out injured. Ismaël Bennacer could be back in the fold after Algeria were surprisingly dumped out early at the 2021 AFCON, but his colleagues Franck Kessie and Fodé Ballo-Touré are still featuring for their respective nations at the tournament.

Juventus: The Bianconeri have largely a full-strength squad, with only veteran defender Leonardo Bonucci and Federico Chiesa (who's out for the rest of the season) missing this tie.

Where to watch Milan vs Juventus live on January 23, 2022

Live elsewhere? Here's where you can watch Milan vs Juventus live from your current location: