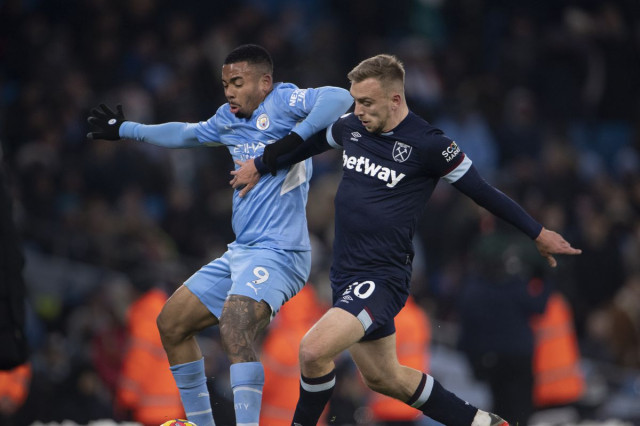 West Ham will host Man City ar London Stadium on Sunday afternoon in one of the Premier League's most important games of the season. The significance of the clash cannot be understated as its outcome will have a direct implication on the title race as well as qualification to Europe.

City need just four points to confirm their place as the league winners for the second season running and are eager to move a step closer to the dream with Liverpool still giving them a hot chase. The Citizens approach their meeting with West Ham on the back of another remarkable performance that resulted in a 5-1 win over Wolvesin mid-week. It was practically the "Kevin De Bruyne Show", with the Belgian playmaker hitting four goals in the rampage.

Pep Guardiola's men are finishing the season strongly, securing six points from their last two games by scoring five times in succession. In the grand scheme of things, they are unbeaten in their last 11 outings, winning nine and drawing the remaining two games.

For West Ham, the mission will be to try and close in on Manchester United with the dream of securing Europa League qualification hanging in the balance. In what will be Mark Noble's final home game of the season, the Hammers will look to put in a performance worthy of honoring their club legend and skipper ahead of his retirement.

They will go into Sunday's game on the back of a 4-0 win over Norwich City. Prior to securing the morale-boosting result, the London club had gone on a four-game losing run in all competitions. Nevertheless, they should be optimistic about potentially pulling off an upset as they were responsible for the elimination of Man City in the EFL Cup this season.