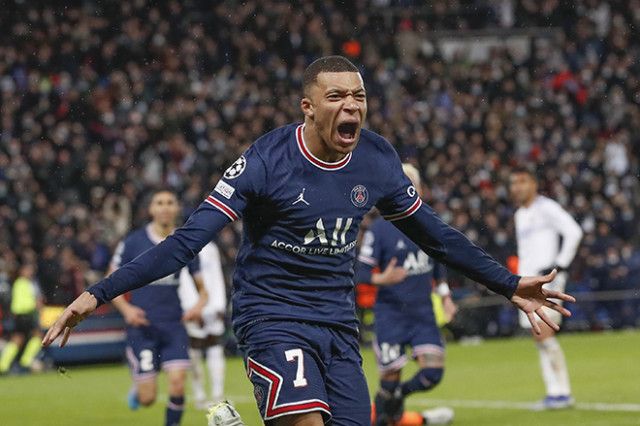 Kylian Mbappe's transfer saga has dragged on for months, with PSG and Real Madrid going to war to secure the French superstar's services for the foreseeable future. However, after being offered a contract by both teams, the 2018 World Cup winner has finally made a decision on his future.

With the former Monaco sensation's contract at the Parc des Princes set to expire this summer, both clubs have been pulling out all the stops for the 23-year-old. The Ligue 1 champions have offered the attacker mouthwatering wages in an attempt to keep France's jewel in Paris while Los Blancos have also gone all out to land the player.

It's no secret that Mbappe dreams of one day playing at Santiago Bernabeu. Additionally, Kylian turned down an extension from PSG last summer upon returning from Euro 2021 and informed the club of his desire to join the Madrid giants.

The player's mother Fayza Lamari also revealed to Kora Plus that her son had contracts from both Les Parisiens and Los Merengues on the table and had to simply decide between the two offers, which she described as being "almost identical" financially.

But which team will the speedy goalscorer join? Despite months of speculation claiming that his move to Spain was inevitable, several reliable sources now state that the Frenchman has had a change in heart and has turned down Real Madrid's offer in order to stay with Pochettino's side.

L'Equipe reports that he has decided to renew his Parc des Princes deal while Spanish football expert Guillem Balague added that Florentino Perez has already been made aware of this decision. Additionally, transfer guru Fabrizio Romano also corroborated this story, announcing on Twitter that the player phoned the Real Madrid president directly to inform him of this and will now sign a new PSG contract.

Kylian Mbappé will STAY at Paris Saint-Germain. He's definitely not joining Real Madrid this summer, the final decision has been made and communicated to Florentino Perez. #Mbappé

This decision will likely be announced after the club's showdown with Metz in Ligue 1, their final game of the season. Balague suggested that the French giants are set to pay Mbappe a whopping €150M signing-on fee, a figure Real Madrid were willing to pay as well, meaning his loyalty did not come cheap.

Nonetheless, the fans will welcome this news nonetheless as Kylian has been their star player of the campaign, finishing as their top scorer this season and performing well both domestically and in Europe, including in that embarrassing UEFA Champions League exit at the hands in Los Blancos.