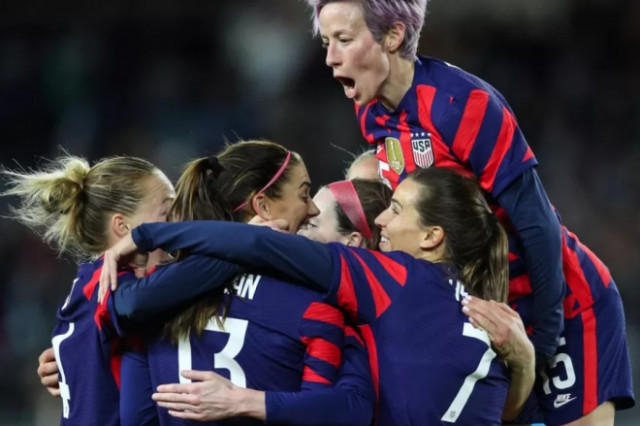 Despite their dominance on the world stage, the USWNT have struggled in recent times, namely when it comes to equal pay.

Well, their battle now seems to have come to a resolution, as today, it was announced that the USSF (United States Soccer Federation), the USWNT, and the USMNT has achieved what has been described as a "historic" collective bargaining agreement (CBA). CBAs are commonplace in the USA, namely in professional sports such as the MLB (Major League Baseball), MLS (Major League Soccer), NBA (National Basketball Association), NFL (National Football League), and the NHL (National Hockey League) in conjunction with those leagues respective players' associations.

However, this is not as commonplace in international football, especially when it comes to payment for players for the national team. Norway made major waves back in October 2017, when the country's football association announced a huge bump in pay for the women's team, meaning that female players would make the same as their male counterparts when it comes to representing the country at competitions.

The agreement between the USSF, USWNT, USMNT and relevant players' associations will basically see the women's team receive equal pay for taking part in competitive appearances as well as equal share of commercial revenue.

This plan is supposed to run through 2028, and while it is indeed promising, some have raised concerns.

But with both teams agreeing to pool the prize money and split it between them, this will certainly benefit the women's team, who many have felt have been grossly underpaid for years - especially considering their success at World Cups versus the men's team's struggles.